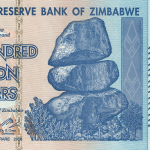 Zimbabwe currency is a hot commodity among money collectors fetching about US$50 online. This has attracted forgers who are now printing the trillion dollars  and selling them to  buyers mainly in the West.

Our source Mark Moyo(not real name) who used to work at a Harare bank was shocked  to discover that fake money traders in Asia are making easy cash forging  Zimbabwe’s trillion dollars. They make their cash selling to western buyers via popular online shopping platforms.

Moyo decided to reach out to zimguide to warn people after we published an article about Zimbabwe’s use of multi currencies.

It is an open secret among money collectors that there are thousands of fake Zimbabwe dollars being traded online. It seems this does not worry some buyers as they intend to sell the money someone else.

We are reliably informed that the 100 trillion bill is the currency of choice for many forgers as it fetches a lot, going as high as US $50 dollars online. Today the Zimbabwe trillions are a ‘free lunch’ for counterfeiters  as they are not regulated  and were designed with some serious security flaws. 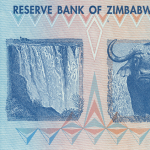 as they were printed and edited on home computers. It is very easy to make these notes  yourself  as they do not have any advanced security features. The Reserve Bank of Zimbabwe made these notes as a temporary solution without any raised letters or grooves that we see in other secure currencies,” Moyo told zimguide.com

A former Zimbabwean currency trader told reporters that it is difficult to tell  if the bills are authentic due to a general lack of security features. The money has no watermark and it is printed on very poor quality paper making it easy meal  for forgers.

The fakers are printing the ‘money’ using some advanced computer software. They then sell  the 100 trillion dollar bills in bundles making thousands.

This article first appeared on https://www.zimguide.com