Zimbabwe National Parks Authority offers camping facilities to visitors. If you are planning to visit you have to make sure your accommodation is sorted as there are some strict regulations enforced by parks authorities regarding number of vehicles and people allowed at a given time. 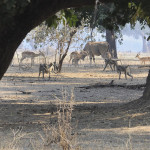 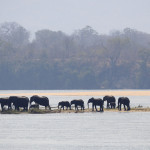 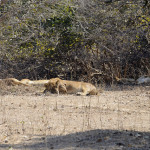 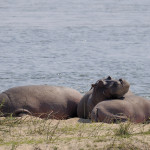 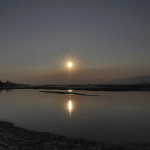 Mana Pools National Park is a must visit UNESCO World Heritage Site on the shores of Zambezi river in Zimbabwe just north of Kariba dam. The park was established in the early 1960s to protect wild animals in the area. Mana pools has spectacular wildlife and scenery. The amazing combination and effect of this has to be experienced to be believed.

When to visit and travel to Mana Pools

This is determined by weather and rain season. The place is closed in December, January, February and March.  Around this time the Zambezi floods the place forcing animals into highlands. Though bird watching is good, travelling and driving is impossible until when the pools empty the flooding waters. Holiday bookings should be done from end of April to May. Best months are June, July and August as there is plenty of wild game and temperatures are fairly low. Even in September and October there is plenty of wild animals driven by water scarcity in Zambezi valley. But temperatures will be very high! November, December we have rains, animals leave and the camp closes.

Mana Pools is haven for wild animals. Here we find Zimbabwe’s largest concentration of crocodiles and hippos. There is a very large population of elephants and buffalo between June and October. The national park is very rich in African wild life. It is regarded as among the best  game reserves in Africa.

During the drier months(May to October) it experiences huge concentration of animals as they congregate at Mana Pools to drink water. In years gone by it used to have the country’s largest herd of black rhinos. Rhino poaching has done a lot of harm. These animals can be seen at Matusadona National Park where there is an intensive rhino protection program.

pictures by a ashton

In 1984 Mana Pools was given a UNESCO World Herriatage status. Some reports suggest that between June and August Mana Pools National Park has the highest concentration of different wild animals per given area in the entire African continent. This is not a surprise given the fact that these animals have got to be in the area as there is no other water source in uplands during the drier seasons.

There are four large permanent pools were the animals cool off from the blazing African sun. The name Mana Pools is derived from a Shona word ‘Mana’ meaning four. It is common to see huge herds of elephant and buffalo that are drawn to area to get food and water. The area has a wide variety of African antelope including Nyala.

Mana Pool National Park has a large number of carnivores including lions, leopards and hyenas. The area is marked by reeds, ebonies, baobabs, sandbanks, mahogany and acacia plants that give the area a beautiful outlook. Mana Pools National Park has managed to maintain its charm mainly because there is no development in the area.

Now there is threat from a proposed mining project in Zambia. A huge Australian mining company is planning to mine on the other side of the border. The Zambian government has been ignoring calls from concerned people on the dangers of mining to this thriving ecosystem. Today visitors to Mana Pools can see African antelope including the rare nyala, zebra, elephant, buffalo, hippos, lions, hyenas, crocodiles and wild dogs among others. Mana Pools National Park allows for unguided tours. However there is concern that this privilege will be scrapped by the Zimbabwe government due to abuse by visitors.

There are concerns that unregistered tour operations are happening in addition to misuse, trespassing and littering of the place. Mana Pools National Park is known for its walking safaris. Tourists are allowed to walk around unaccompanied by tour guides. Mana Pools also has canoe safaris which enables close encounters with wild animals. This is the ideal place for those who love adventure.