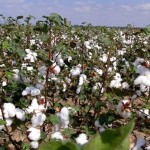 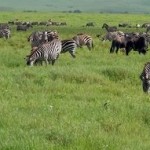 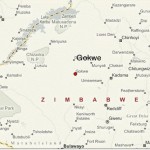 Gokwe is located in the Midlands Province of Zimbabwe. It is well known for being the cotton capital of the country.Gokwe is also known for its generous sunshine, available 12 months a year. The place is exactly the opposite of Manicaland Eastern Highlands in terms of weather. Apart from that the place has got a lot of things to see for those who take time to discover it. While we must admit there are few tourist attractions, Gokwe’s vast land expanse is filled with landmarks and wildlife that will thrill those who want to discover motherland’s wilderness. There are also a good number of hotels and lodges that makes it a place of particular interest.

Gokwe Centre is easily reachable from Kwekwe and Kadoma via a tarred road. The town has an airstrip which can be used by smaller aircraft. There are few caravan campsites, bed & breakfast, backpackers, hotels and lodges that can be used by travellers and visitors while in Gokwe. There are also few venues and facilities for weddings, meetings, conferences and parties. Gokwe has decent guest houses that are affordable. Visitors can shop around supermarkets and stores for any supplies they may need if they are to visit remote areas. The town centre has 2 high schools, Cheziya High & Njelele Secondary School. Here we also find Gokwe Vocational Training Centre. Gokwe Rural District Hospital is the main medical referal centre for the 2 districts. There are several government offices located at the Government Complex, the largest building in Gokwe.

Gokwe North forms the other half of Gokwe. The district growth point is Nembudziya also known as Mutora or Mtora.The other areas in Gokwe North are Tsungai, Kuwirirana, Nyaurungwe, Ronga, Zumba, Chireya and Nembudziya Rest Camp. The rest camp is where travellers with caravans, cars or tents can lodge over night or for some days. The area is a Campfire managed hunting area. It is close to animal game parks located in the Zambezi escapement. There are proposals to build a power station in Gokwe North.

Interesting places and things to see in Gokwe

There are over 600 Zebras roaming in the Chief Jahana Community in Gokwe South. The site of Zebras wondering free in the community is very rare even by Africa standards. The Jahana Zebras are a treasure to the Gokwe community and a must see for travellers who want learn more about how human beings and animals can peacefully coexist. It is common to see a group of 20 to 30 Zebras running around water halls with their young ones. How to get there: Jahana area is about 7 KM from Gokwe Center on your way to Kuwirirana( Mavhirivhiri). There is a dust road linking the area with Gokwe Town Center.

Gandavaroyi Fallsin Gokwe is one of the less known falls in Zimbabwe. It is a smaller water fall compared to Mutarazi(Mtarazi), Pungwe Falls, the Wedding Veil Falls of Chimanimani or Victoria Falls. The name Gandavaroyi means a place where witches are drowned. Oral tradition tells us that witches used to be cast into the waters. We have no detailed map and size of the waterfall, so we await your feedback after your visit to the place. Gokwe also has Chidoma Falls.

Fishing for Bass and other fish can be done at Gwehava Dam, Bova Dam ,Sengwa Dam, Marope Dam , Leopard Dam, Sable Dam and Mtungi Dam.These are the best dams in Gokwe. Please find out about fishing lodges around Gokwe so you can plan accordingly.

Chirisa Safari area is one of the most visited safari areas in Zimbabwe. Located in the Midlands province between Gokwe Centre and Lake Kariba Chirisa is among the best in terms of large animals. The area has resident and migrating animals from Zambezi Valley, Chizarira National Park and Matusadonha National Park.

Gokwe Town Centre  is used by people from Gokwe North and South areas and districts as a shopping center.For travelers, there are shops and markets where one can buy any groceries for use on the road. You can get clothing, food and equipment you may needed. There no shopping malls at Gokwe, shops are scattered around the center.

Gokwe Town Centre has some lodges, guest houses, bed and breakfast and a hotel for overnight rest. They are fairly priced and will be ideal for travellers of all sorts. Gokwe North (Nembudziya) has some decent guest houses, lodges and overnight backpackers hostels. They are not your 2,3 star hotels. Better than sleeping outside in the rain.

Gokwe is a dry and hot place with frequent droughts. The area receives less rainfall than national averages.Temperatures are around 22 degrees on average around June  and July, Zimbabwe’s winter months.Temperatures will be on average 29 degrees for the rest of the year.

The roads connecting Gokwe with cities like Kadoma and Kwekwe are tarred and good. Dust/gravel roads within Gokwe are not so good especially in rain season between November and January. Most people travelling to remote safari areas will use small charter planes or drive during dry seasons.

After mentioning all the good things we have to say Gokwe is Zimbabwe’s malaria zone. For travellers and tourists, it is advisable to get vaccinations and medications before your journey.

Some remote parts of Gokwe have no clean water at all, if you are new to the area, it is advisable to carry bottled water for drinking from city centres.