Gold Mining In Zimbabwe, My Brief Visit To Kwekwe and Bulawayo

I recently visited a number of old mining sites in Africa as part of my 2016 overseas research project. 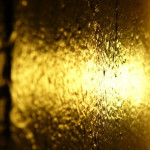 I had a stopover in Zimbabwe to learn and discover more about gold mining today and in years gone by. To my surprise many gold mining companies are still operating in locations where gold used to be mined hundreds of years ago.

This is particular so in Kwekwe, Zimbabwe’s gold mining town.

When i visited the Globe and Phoenix mine and the nearby Mining  Museum of Zimbabwe I was thrilled to learn about gold mining  business as it used to happen before the arrival of European settlers in modern day Zimbabwe.

Gold mining areas and deposits were a treasure for chiefs and kings as they needed gold in order to trade with international merchants in Zimbabwe.

At Bulawayo Museum I saw what is believed to be gold nuggets from the days of famous kings who once lived in the land.

Even though diamond mining has recently taken center stage, the bigger context of mining in Zimbabwe is dominated by gold. If you go through Zimbabwe mining news, a list of mining companies and even those small scale miners that are doing panning, they largely deal in gold more than any other mineral.

More on this later when i get settled at base,