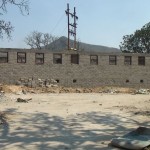 The 2 provinces of Manicaland and Matebeleland South will finally join the rest in having fully functional state universities in their regions.  Gwanda State University will focus on mining engineering, agricultural engineering and livestock management. The main campus will be in Gwanda town with a smaller site running at Filabusi.

Zimbabwe had 1 university at independence and now there will be at least a university in all provinces. The government is also encouraging non-state players to establish private universities and colleges in the country.

3 Government Bills have been gazetted in the last month to establish 3 state universities in Manicaland, Matebeleland South and Mashonaland East.