How safe is it to travel to Mozambique, 2016 Renamo civil war news 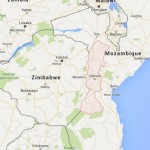 The civil unrest has claimed civilian casualties including some foreign tourists travelling through Mozambique.

ZimGuide often receives fact finding emails from South Africa and Malawi based travellers who often drive between the two countries via Mozambique(and sometimes through a safer Zimbabwe).

Mozambique is the preferred route as it is much quicker than travelling through BeitBridge border post, Harare and then Nyamapanda Border Crossing.

The fact that thousands of Mozambique refugees have fled to neighbouring Malawi and Zimbabwe is a sign ‘all is not well’.

Zimbabwe’s eastern Manicaland border has seen a wave of refugees fleeing into Chipinge between May and July of 2016 because of tension in Manica area highlighted on Map.

Attacks against buses and cars have recently been reported in Gorongosa and Barue districts.

Latest news from Mozambique today suggest there have been some reported attacks on EN1, EN6 and EN7 Highway routes linking northern and southern Mozambique.

These attacks mainly target government vehicles and rebel positions though it’s unfortunate that civilians have been killed in these clashes.