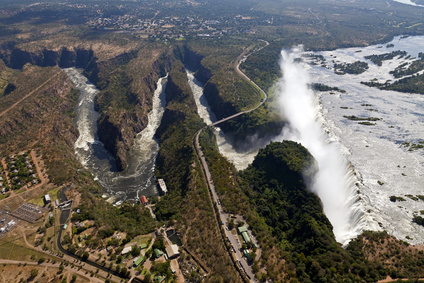 Victoria Falls drought season is finally over as water levels in Zambezi River continue to rise each day by at least 10 cm as expected. Towards the end of 2015 water flow at the Falls fell to record low levels never seen in many years.  The Zambian side was completely dry while little water remained on the Zimbabwe side, see pictures below. As we hoped Zambezi never completely dried up.

Current Water situation is what you see on first picture below though this will change as water is still rising.

While there is so much water at this point in time, it is unfortunate that Zimbabwe and Zambia are getting below average rainfall. Weather expects have warned that southern African countries especially Zimbabwe will experience a devastating drought this season. The dry weather will not directly affect water flow at Victoria Falls as it gets most of its water from high rainfall upstream countries like Congo and Angola.

Below is last year’s report and a set of pictures describing low water levels in late October, November and December 2015.

VicFalls Dry Pictures: What you are seeing and reading about Victoria Falls is generally  part of a very normal yearly cycle. There is always water on the Zimbabwean side of the Falls  and  very little to nothing on the Zambian side. At the moment the other side is completely dried up leaving tourists with no choice BUT to cross the border and view the waterfall from Zimbabwe side. 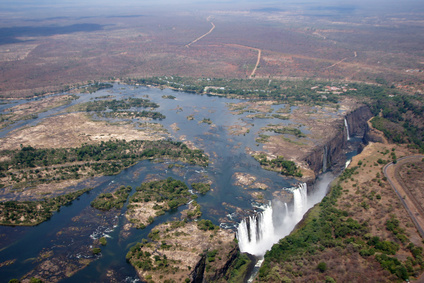 water on zimbabwe side

The photos circulating on internet do not tell a full story of the VicFalls. The world’s largest waterfall is about 1,7 KM long. About 70% of the waterfall is on Zimabwe side. It is also the lowest point where you have to be if you want to observe the Falls around this time of the year. 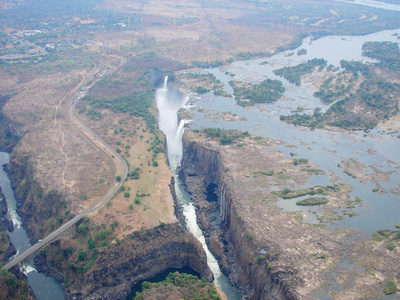 Pictures of a completely dry Victoria Falls circulating online are taken mainly from Zambia side. Zambezi river, where the Falls are found is Africa’s fourth largest river and it is flowing right now. HOWEVER, while emphasising that drying is a common issue around this time every year, Zim Guide wants to inform its readers that the internet stories are not a complete hoax. Water levels are extremely low and very worrying. 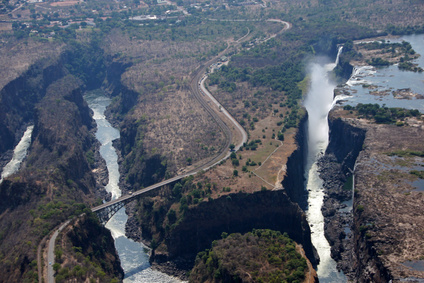 At the moment we are seeing what has never been seen before. 300 KM downstream from Victoria Falls,  the world’s largest man made water reservoir Lake Kariba is at its lowest levels  threatening power generation and tourism in Zimbabwe and Zambia. Right now the Zambezi river is getting very little water from catchment countries namely Zambia, Angola and Democratic Republic of Congo.

These upstream countries have been experiencing drought in the past seasons. Different people have come up with diverse explanations for the water crises. Some blame it on changing climate while others point to environmental degradation by humans. Zimbabwean politician, Mr Eddie Cross raised concern about poaching in upstream countries as one of the reasons for  water crises  in the Zambezi River. He said it is “substantially true” that poor rains are the cause of the problem  but he thinks the decline in hippo numbers in upstream countries also play a part. He said these animals used to clear a way through channels in floodplains so that water drains back into the Zambezi river when the rain season ends.

“I am very concerned that the hippo population in these vast floodplains is being shot out for food… I think the drainage channels from these floodplains back into the Zambezi might be becoming overgrown and blocked. “And if that happens, then instead of the water flowing back into the Zambezi when the river flow drops, it remains in these vast swampy areas and becomes just stagnant water,” he said.

Way forward: If you are visiting, remember you can still see the Falls from Zimbabwe side. There are many other activities to do. This is the best time for Photo Safaris as wild animals are very visible.  There is no green vegetation to camouflage them. You  can also see them in large numbers around water points.