What is the capital of Zimbabwe..HARARE 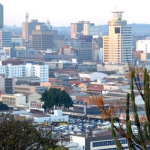 The Capital city of Zimbabwe is Harare.  Also referred to as the Sunshine City or H Town,  Harare was known as Salisbury until the year 1982. It was the capital city of Southern Rhodesia from 1923, becoming the seat of the Rhodesia-Nyasaland Federation(Zimbabwe, Zambia & Malawi) between 1953 and 1963.

Harare was formally occupied by the British Pioneer Column on 13th September 1890. 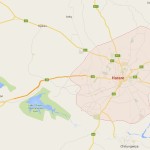 map of harare city in zimbabwe

Today more than 25% of Zimbabwe’s population live in the capital city. Notable places that developed out of Zimbabwe’s capital include Chitungwiza, Epworth and Norton. The capital of Zimbabwe serves as the main administration centre of the country. It is the seat of the Zimbabwe Government, Supreme Court, Senate and Parliament. Foreign government embassies including UK, US, Sweden, Australia, China, Iran and South Africa are located in Harare. The capital city is also the leading trading, financial and commercial centre of Zimbabwe. Notable institutions and landmarks in the capital city include the following: