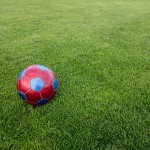 Zimbabwe Premier Soccer League-ZPSL is an exciting top league football division of Zimbabwe. It is made up of 16 teams playing in the country’s top flight football league. Every year 3 teams are relegated to Division one while an equal number is promoted to the top flight.

There are a number of cups and competitions that ZPSL teams will play in including the Independence Trophy and other smaller cups. The best 2 finishers will also have a chance to play in African Champions League and CAF Cup Winners Cup.

ZPSL boasts some of Africa’s best football team including Dynamos Football Club who has been very successful in both Zimbabwe and Africa.

There are other famous teams like Highlanders Football Club and Caps United. These three make the most decorated and top three football clubs in Zimbabwe.

Zimbabwe has many average sized stadiums. The biggest of which is the giant National Sports Stadium used mainly for cup games and international football matches.  After the national stadium, Rufaro and Babourfields are the other famous soccer arenas with sitting capacity of just above 40000.

The fixtures are usually done on a weekly bases. These results will affect the latest log standings. News about match outcomes and table standings is something that supporters will discuss and enjoy over a period of time.